Archive for the category “Pseudo-science”

What you need to know about alarmists

Roughly one person in two is concerned about man-made global warming.

Why? Because vivid, alarming forecasts are persuasive only for a time. We’ve seen it all before. Take the alarm over mercury in fish.

In 2004, a United States Environmental Protection Agency employee warned that each year 630,000 babies were born at risk of brain and nervous system damage due to ”unsafe” levels of mercury in their mothers’ blood.

It turns out that ”at risk” meant having concentrations of mercury in the blood that were higher than unjustifiably low levels.

The Japanese consume a lot of fish and those ”at risk” levels are exceeded by 74 per cent of Japanese women of childbearing age and by centuries-old mummified remains.

Yet, there is no evidence that Japanese are mentally deficient, and only benefits have been reported from high levels of fish consumption, including good brain function and improved intelligence at age four.

The alarming forecast of harm from mercury in fish was derived by extrapolating known bad effects from high doses of mercury to predict toxic effects from even very low levels, without bothering to check for evidence.

Because of the alarm, expectant mothers and others were discouraged from eating fish, to the detriment of their and their children’s health. Bad forecast. Costly alarm.

With my colleague Scott Armstrong and suggestions from diverse experts, I identified 26 alarms that are analogous to the dangerous man-made global warming alarm.

You can find them and the mercury analogy on the PublicPolicyForecasting.com website. We were surprised to find so many. It seems alarms based on unscientific forecasts are a common social phenomenon.

All of the alarms turned out to be false, either completely or to such an extent that actions intended to be remedial caused much greater harm than the supposed problem.

When alarming forecasts are presented in the form of vivid scenarios seemingly realistic stories about the future people tend to ignore the low likelihood that they will come to pass. They want action.

This is especially so if they think the cost to them of action will be low, and if they can blame other people.

In modern times, when we are safer than we have ever been, clever and creative people become rich and famous by exploiting the public and media weakness for alarming scenarios, causing us to bounce around this way and that like frightened rabbits.

There is a recipe for persuasion in such cases, and fear induced by scary scenarios is part of it.

As Professor Stephen Schneider explained in making the case for global warming alarmism: ”So we have to offer up scary scenarios, make simplified, dramatic statements, and make little mention of any doubts we might have.”

Policy responses to the global warming and other environmental alarms are promoted in terms of social causes such as ”caring for the planet” or ”caring for our children”, which has the intended effect of deflecting hard questions about the substance of these claims, and of demonising people who ask them.

It isn’t immediately obvious that beneath the caring veneer are people who stand to gain from promoting the alarm, by advancing their careers and fortunes.

On the other side, the costs are diffused across many people and over time. But that doesn’t make the costs any less real as people are forced to cut back on heating and cooling and generally reduce their living standards.

As time passes and policies such as New Zealand’s emissions trading scheme are enacted, people come to realise that they will bear substantive costs as a consequence of policies enacted with the avowed purpose of combating ”dangerous global warming”.

People already face harder times with the current economic recession, and they hear scientists and politicians’ voice scepticism about the alarmist forecasts.

Observers are exposed to hints that there are glaring uncertainties and major disagreements in climate science.

When people become more involved in the issue, the persuasion recipe that initially works for alarmists breaks down.

People become less persuaded by appeals to trust the authorities, less susceptible to fear, less willing to accept emotional appeals from celebrities, less gullible. And this shows in the polls.

As have the other environmental alarms before it, the dangerous man-made global warming alarm will fade. It is already beginning to do so.

Unfortunately, policies that make most people worse off have been and will be implemented. Some at least of these polices are likely to continue indefinitely.

The news media will, by and large, devote little energy to reporting that the alarm was false, leaving people still feeling guilty that they are somehow causing harm as they go about their lives. Such are the forecasts from a structured analysis of analogies.

The following is taken from Creation Ministries International which, if you are interested in the truth regarding your origin, you might find interesting.

One such man Prof. Johann H. Blasius of Germany wrote:

“I have also seldom read a scientific book which makes such wide-ranging conclusions with so few facts supporting them. … Darwin wants to show that Arten[types, kinds, species] come from other Arten. I regard this as somewhat of a highhanded hypothesis, because he argues using unproven possibilities, without even naming a single example of the origin of a particular species.” [An interview/discussion with Professor Johann Blasius, 1859; reprinted in the German newspaper Braunschweiger Zeitung, on the 250th anniversary of the museum’s opening, 2004.]

Often those who declare the evidence to be ‘overwhelming’ or that ‘the debate is over’ say this to avoid debate.

he Law of Causation says: every effect must have an adequate cause. Only someone who refuses reality would say differently. Therefore, the universe is not eternal, for someone must have caused its beginning (NB: only intelligence is capable of cause). Which, in turn, means it must have come from someone, for only those who are mathematically challenged believe nothing plus nothing equals something or that science can or will eventually produce the data to prove matter can create itself. The Law of Conservation provides enough proof that no matter is being created today. Also the Law of Biogenesis proves life only comes from life unless of course you still believe in Dark Age science.

Now if this is not so, then put up or shut up.

Atheism: The ‘No God’ religion

A study by Dr. Eugenia Kalnay of the University of Maryland says 40 percent of our net temperature increase since 1940 was actually caused by expanding urban heat islands and land use changes. Since the official net warming over that period is only about 0.2 degree C, that doesn’t leave much for Al Gore to deplore

It is a case of “heads I win; tails you lose”.  The absolute stupidity put out by the likes of England’s Guardian reporter George Monbiot who expects us to first believe the earth is heating up and thus expect warmer temperatures all year round even to the point whereby children in usually snowbound countries will only see snow in some form of virtual computer program. However, because in the past few years the climate has thrown a curve ball with record cold temperatures and snow and ice not seen in certain locales for 50 odd years goof balls like Monbiot still expect us to believe it is due to the climate increasing in temperature – go figure!

Oooh, stop that nasty dihydrogen monoxide before it’s too late

I see the bright minds have concluded at Cancun and some left feeling they will make a difference by signing a petition to end the use of that nasty dihydrogen monoxide.  I say “bright” with an obvious tongue in cheek for if you read Robert Cook’s article how they have been duped by one of the classic scams you will see what a pack of dunces we have allowed to run rampant in the scientific/political world.

What the stupid enviros are now responsible for 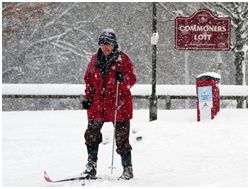 Here is what those stupid enviros are now going to be indirectly responsible for in England. Visit site

Obviously the clowns meeting at Cancun did not take seriously Phil Jones’ message to “HIDE THE DECLINE” in global temperatures.  See the latest garbage the loony enviro media is spewing out.

Oh, how time flies and I would not be surprised if our dirty little fraudsters Phil Jones and co wished that it would also heal the gaping wound caused by those hackers who gleefully published those infamous words like “hide the decline” in world temperatures or “We can’t account for the lack of warming at the moment”.

Of course they and their loony eco-friendly zealots want us to dismiss these damning words as simply a series of mistakes, a slip of the tongue so to speak.  But come on, do you really expect us to believe that from a bunch of scientific misfits who were trying to scam us?  It almost sounds like they believe the rest of us in the world are just a pack of simpletons.  And to add insult to injury cry baby Phil wants our sympathy citing he was on suicide watch due to the resulting embarrassment and continued digging by those nasty sceptics and warming deniers.

Look, any credibility from this motley crew of fraudsters should be tempered with the words – yeah, right!   Just remember, Jones and co tried to do what?  “HIDE THE DECLINE” They must never be allowed to ever forget that they tried to dupe you.

James Delingpole wrote that, “AGW theory is toast. So’s Dr. Rajendra Pachauri. So’s the Stern Review. So’s the credibility of the IPCC. But if you think I’m cheered by this you’re very much mistaken. I’m trying to write a Climategate book but the way things are going by the time I’m finished there won’t be anything left to say: the battle will already have been won and the only people left who still believe in Man Made Global Warming will be the eco-loon equivalents of those wartime Japanese soldiers left abandoned and forgotten on remote Pacific atolls.”

November 20, 2009 is an important date because it was the day that “global warming” ended. It was the day that a total fabrication, a hoax, was revealed to be the work of the United Nations Intergovernmental Panel on Climate Change (IPCC), aided and abetted by a vast network of governmental and business leaders, a compliant media, and scientists who sold their souls for grants and other funding.

Here is blogger that has hit the proverbial nail on the head: The current state of AGW science