Archive for the category “Religion” 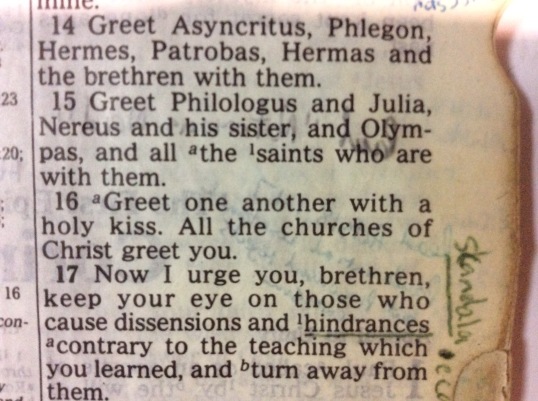 Keith Sisman (my brother-in-Christ) posted this on his face book site. Traces of the Kingdom is another site you may be interested in.

Freewill – today society does not understand the issues concerning freewill, but just a few centuries ago it was a major concern. Kings ruled with absolute authority. The Roman Catholic Church likewise through the doctrine of Original Sin ruled with absolute power, often clashing with secular rulers. The ordinary person, the surfs, stood no chance. We are taught at school democracy started with the Magna Carta (Latin for “the Great Charter”), It was agreed by King John of England at Runnymede, near Windsor, on 15 June 1215 (Windsor is where Mr Obama wished happy birthday to the Queen last week). The Charter was first drafted by the Archbishop of Canterbury to make peace between the unpopular King and a group of rebel barons, it promised the protection of church rights, protection for the aristocracy from illegal imprisonment and access to swift justice. It did nothing for the peasant and surf class (that’s you and me).
If we go back to 400BC much of Northern Europe (named after the goddess Europa) held to Freewill, it was a doctrine of the Celts and their priesthood the Druids. On the other hand the Romans held to Original Sin and infant baptism (it had to come from somewhere) denying Freewill.
In 390BC the Celts under a British King sacked Rome. This is not taught in history, it should be. We have both contemporary British and Roman accounts, it is not an invention. One of the invading Celtic tribes was later known as the Galatians, Paul wrote them a letter. This started a war with Northern Europa that lasted many centuries. The Druid headquarters was based in Britain, possibly Anglesey. Caesar was determined to destroy the Druids and he did a fairly decent job. In this period there were many minor kingdoms, at time of war these minor kingdoms would come together under a head king or emperor, an emperor was of imperial status, above that of a king.
When the gospel was spread in Northern Europa the Celts understood Freewill, it was their doctrine. I am not defending the Celts, they practised human sacrifice and for religious reasons sometimes ate their victims alive, this is the origin of the Roman Catholic doctrine of Transubstantiation (cannibalism). Genesis 9:4-6 “But you shall not eat flesh in its life, its blood. And surely the blood of your lives I will demand. At the hand of every animal I will demand it, and at the hand of man. I will demand the life of man at the hand of every man’s brother. Whoever sheds man’s blood, his blood shall be shed by man. For He made man in the image of God.”
Those being cooked made a great protest, thus instruments of music were introduced into this pagan worship alongside of singing to drown out the protesting, protecting the ears of the families of the victims. This is possibly the origin of Soprano singing. This took place in a stone circle, the centre of the circle was known as the core, which gives us our word choir. It is interesting the flesh was taken from the living victim from the groin area and then barbequed before eating. What is really fascinating this practice was worldwide suggesting a common place of origin – Babylon. The knife used was flint; the taking of flesh from a living human victim from their groin area using a flint knife by a priest was worldwide. Stone circles are dated far too early because of flint knives and chippings; metal was banned from worship areas. It was the same with Solomon’s temple (1 Ki 6:7) “And when it was being built, the house was built of finished stone made ready beforehand. And there was not heard in the house a hammer or an axe, or any iron tool, while it was being built” (Greens Literal Version).
I don’t mention this in Traces or the Devils’ Door because it is not a pleasant subject, I can go into greater detail but I do not think it is healthy and serves no purpose. This is though hrough my study the pagan origin of choirs, instruments in worship and the cannibalistic ongoing sacrifice of Transubstantiation. In a Roman Catholic temple (church) the choir is a part of a building, where the singers sang. The Celts called their worship circles and mounds – churches! The Roman Catholic Church has never formally adopted the instrument, it was allowed into worship for the peasant classes. The Romish Church spiritual sang acapella.
Back to Freewill. Where Freewill was believed as opposed to human depravity is where the church flourished after Augustine forced by coercion the pagan doctrine of Original Sin. It is from his time the church split and the Churches of Christ start to appear in history, separate from the Romish beast.

160 Children Have Been Sacrificed To Dig Gaza Tunnels 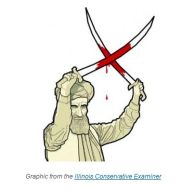 According to PoorRichardsNews  160 children have died digging the tunnels that Israel is currently destroying. Not only is the terrorist organisation Hamas being shielded by family homes and school yards and using such to launch their rockets against Israel but they have also sacrificed innocent children for their filthy campaign of sheer violence.

Russell Grigg writes, “Whenever anyone rejects the Genesis record in favour of evolutionist assumptions (as Khaldun did in the 14th century, and as atheists do today), confusion is introduced rather than truth.”

Visit and learn from Grigg’s article and yes, the “N” word is used because that is the term used for the black man prior to the 1970’s. 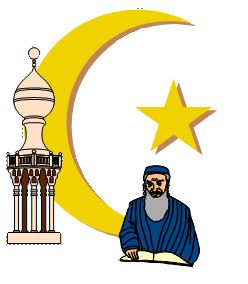 A word to rioting Muslims from Pat Condell 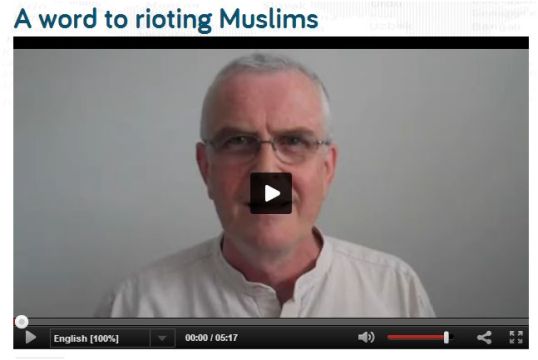 The truth about sectarian christianity

According to the apostle Paul “God is not the author of confusion” (I Corinthians 14;33). Yet, today, there are hundreds of sects of “Christianity” all claiming to follow Jesus Christ and most if not all have a variation upon that theme. Is this how God wants it? Is this a “true and undefiled religion” (James 1:27)?

Listen to this preacher, Michael Hatcher and see if his lesson answers those questions.

You Act So Surprised

The USA is acting so surprised that a couple of Muslims could be so successful in bombing the streets of one of their major cities last Monday yet there have been ample warnings such would take place as the Muslim Brotherhood have vowed to do so.

The video Lou Dobbs (Fox Business) fronts with guest Steve Emerson is quite prophetic considering the events of April 15. Emerson’s documentary must now go viral if the USA is to make any ground in this insidious war of terror. Make no mistake, Obama and his policies are sheltering this human filth.

Open your eyes USA, you’ve been infiltrated by Jihadists who think nothing of being bare faced liars for the cause of Allah (see segment of Iman leading prayer with dopey Biden head bowed). Get a grip because they have tasted your blood and will act again like rabid dogs that they are.

Some updated links I urge you to take the time to view:
Frank Gaffney’s 10 part series The Muslim Brotherhood In America
The Sharia Threat

Science has discovered a nano machine motor that is required for every living thing to operate on earth. Called APT synthase, this master piece of design is a simple three piece motor that is the apparent power house for cell function.

Evolutionists (or as I call them, God deniers) say if you can show and thus prove such a thing can be as a result of naturalistic processes then it is game over – there is no designer and intelligent force required for life.

The following short videos contain material that will either enlighten you and thus charge your course of thinking or it will harden your heart just like that of the ancient Pharaoh found in Exodus 7-11.

Islam is a religion; a man-made religion set up by Mohammad a mere 1200 years ago. It was and still is a violent religion that is brutal to its core. Rudyard Kipling called it the “Thuggee Cult” for a very good reason and that is because of its abominable treatment of people who disagree with it. They rape, pillage and murder their way through the world and it’s no wonder because that was Mohammad’s modus operandi for subjugation.

I will share with you the Noisy Room that has an article about the beautiful woman below to illustrate this very point today. Yes, this is happening in 2013 folks. Get your head out of the sand and expose this filthy religion for what it is. Oh, and don’t hand me that “peaceful” garbage in defense of this monstrous piece of devil’s trash – that’s a line spun by the idiot liberals in the west who also peddle their filthy trash in the form of progressive socialism. 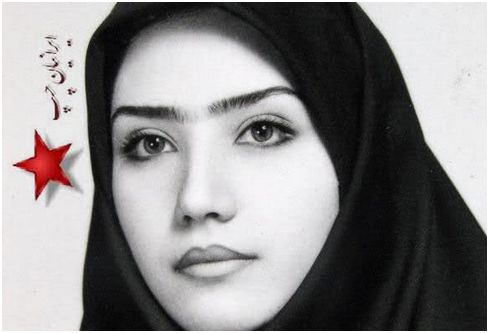 A 28-year-old beautiful beautician traineee was arrested at a major demonstration in Tehran, imprisoned for a couple of weeks, of course raped repeatedly. Her body was found outside of Tehran in a shallow grave, partialy burnt. Police advised parents to keep quiet. The lovely face of resistance.