Archive for the tag “Romney”

Thought for the week

These past few weeks the world has witnessed some high ranking politicians in the USA engage in a disgraceful manner. I say “the world has seen” but then that is not entirely accurate because many of the world’s television media have done their best to play subterfuge to the Benghazi Consulate attack issue and have gone out of their way to hide it from the public. The terrorist attack upon the US Consulate in Benghazi, Libya really only came to light through Fox News which is the only TV outlet that has deemed to come close to telling it how it is along with Glen Beck, Breitbart News, The Drudge Report, Accuracy In Media and Trevor Loudon on the internet. From these crusaders of the truth we have learned that the attack had nothing whatsoever to do with the amateurish anti-Muslim You Tube video but was a well-planned attack by al-Qaida militants with hatred and detestable murder bent in their hearts. But what we have been led to believe for some two weeks after from an Obama/Biden complicit leaning media is an orchestrated litany of lies to protect their beloved Democrat Party which is in serious trouble of losing the US Presidential Election this November 6th.

What we have witnessed is a disgraceful political prevarication but that is not the worst thing. I believe something even far worse is that four men are dead because of at best a negligent White House Administration but I fear much worse because it has now been revealed today (Oct 24th) that two of those men died seven hours after the initial attack while President Obama, Vice President Biden and Secretary of State Clinton either watched on in real time or went gallivanting off to Las Vegas to drum up support for re-election. These two men need not have died, for it turns out that help from US Military bases was apparently within a one hour striking distance. Yet these two men were left to die like foxes on the run with one of them, Ty Woods leaving behind a wife and a three month old child.
Is there any remorse for this disgusting callousness? It appears not, for Joe Biden could not contain his laughter when Governor Paul Ryan raised the issue in his Vice Presidential Debate. President Obama in a fit of sneering indignation felt offended when Governor Romney broached the subject in the second Presidential Debate. And as for Secretary of State Clinton she just scoffed and laughed at reporters today who dare ask her for the truth of what exactly happened.
Yes, this is what the Democrat Party is made up of these days – political prevaricators who have no regard for the feelings of family, friends and the public’s quest for the truth. These three aforementioned have blood on their hands in an indirect sense and the Lord God Almighty will extract vengeance on their pathetic souls unless they repent. He will also extract vengeance for the disgraceful, public display for having now placed a little three month old soul in danger as a result of their recklessness. The following verses are suffice in that regard. “And to you who are troubled rest with us, when the Lord Jesus shall be revealed from heaven with his mighty angels, In flaming fire taking vengeance on them that know not God, and that obey not the gospel of our Lord Jesus Christ: Who shall be punished with everlasting destruction from the presence of the Lord, and from the glory of his power; When he shall come to be glorified in his saints, and to be admired in all them that believe (because our testimony among you was believed) in that day” (II Thessalonians 1:7-10); “Take heed that ye despise not one of these little ones; for I say unto you, That in heaven their angels do always behold the face of my Father which is in heaven” (Matthew 18:10).

Alice Palmer: the woman who got Obama on the road to the White House 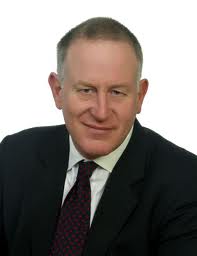 for his message is dire for your future but not just your’s but the free world.

Trevor exposed the communists such as Van Jones, Leon Panetta as the communist operatives in the White House. His efforts to bring to light the communist agenda in the USA should not be under estimated. Please connect the dots and see if what he says is true – I beg of you.  Get his message through to media that will not only take notice but be not afraid to by pass the wimpy skeptics such as Bill O’Rielly, Greta Van Susterin etc at Fox News.

In the second half of Trevor’s 25 minute presentation there is a chilling message for what is in store not only the USA but for us down here in the antipodes. The filthy communists are on the brink of breaking out. Why do you think Putin stole the Russian presidency? Why do you think Russia, China and Iran are propping up Syria? Why do you think China has economically and militarily built its presence in Fiji and neighboring islands in the Pacific? Connect the dots before it is too late. You must, it is imperative that you remove that fraud and communist Obama from office in November and put him and his communist goons to trial.

Don’t you see, Joe McCarthy was absolutely right in the 1950s about the communist infiltration and you are seeing the effect of his silencing in the form of a left leaning media that is determined to see their man remain in office. Just look at how they are allowing the filthy liar Sen. Reid to get away with his lies about Romney not paying tax and the atrocious attacks upon Michelle Bachman for exposing the treacherous Muslim Brotherhood connections with the White House. You needn’t rely on Fox News to expose it all for they remain silent as the lambs when it comes to most of it for they are wimps, afraid of being labeled “birthers”.

Get your act together and wake up before you are gobbled up by the evil Stalinists.

Yeah, you read it right. I reckon Obama is going to win and I base this upon a recent revealing interview

with Lord Monckton. The interview centered upon the curious reasoning as to why Obama’s birth certificate posted on an US Federal website and by-the-way proved to be a fraudulent document by Arizona Sheriff Arpaio is not being openly spoken of in the media both liberal or conservative (such as the now left leaning Fox News).

Watch the interview and note Monckton’s reason why Obama and the Democrats have been able to pull this one off. He explains it is to do with vilification. Communists (Monckton is convinced by reasonable analysis that Obama is a communist) shut the mouths of dissenters by this method and paint a picture in the minds of punters that anyone who sides with such dissent is a lunatic or such.

Romney, the likely candidate to oppose Obama in November, is going to suffer this fate of vilification and therefore the ordinary voter who does not have a clue as to the real agenda of this man will be none the wiser and will vote for Obama because he has won them over with his charisma vs Romney the rich and nasty capitalist.