Archive for the tag “evil deeds”

There is no Biblical defense for the consumption of alcohol

I’m back from the holidays having relaxed and recharged for a new year that hopefully will be better than last year’s disasters.

As it happens, I viewed some interesting blogs and commentaries that issued forth some poignant thoughts especially of a Biblical nature. However, in printing or referring to such articles or thoughts doesn’t mean I endorse the faith of the author for such may go beyond that which is written (I Corinthians 4:6) or may be in fellowship or endorse the fellowship of those that abide not in the doctrine of Christ and therefore share in their evil deeds (II John 7-11). 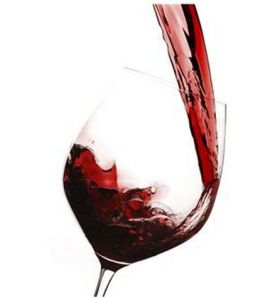 One such article that caught my eye comes forth from Martin Johnson, a church of Christ minister who served as a missionary in Indonesia. He presents a position on the consumption of alcohol that I, personally, can relate to when I first became a Christian back in 1985.  Here is a snippet:

When I first became a Christian I thought it was okay for Christians to drink alcohol socially or recreationally as long as they didn’t get drunk. I based this decision on the following reasons:

However, after I began to hear others say that Christians couldn’t drink socially I began to study the issue secretly hoping that they were wrong. But, I’m now convinced that my reasoning was wrong and that Christians have no business drinking alcoholic beverages socially or recreationally.

Read the article and let your heart react to some good, practical advice.