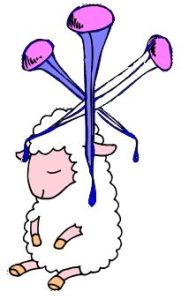 Many in “Christianity” believe the Holy Spirit personally “indwells” them after having been adopted by God through faith.  They take this position after having read various passages in the New Testament such as Acts 2:38 where a promises is made to “receive the gift of the Holy Spirit” or perhaps Romans 8:11 “He who raised Christ Jesus from the dead will also give life to your mortal bodies through His Spirit who indwells you”.

I submit to you that the many are deluded.  For instance, the use of Romans 8 to support their argument is flawed for the reason that Paul is continuing his argument from Chapter 7 that the Law of Moses is dead, having no jurisdiction over mankind anymore. Stated very clearly he says: “For the law of the Spirit of life has set you free in Christ Jesus from the law of sin and death” (Romans 8:2). The “Spirit of life” is a metaphor for the gospel message; the “law of sin and death” is a metaphor for the Law of Moses. The Law of Moses could not and was not designed to set men free from sin, for as the Hebrews writer put it: “For it is impossible for the blood of bulls and goats to take away sins” (Hebrews 10:4). The blood sacrifices of the Law of Moses were for the Israel’s “sin and death” but from the Day of Pentecost in Acts 2 it is the gospel word that sets men free from sin through the blood sacrifice of Jesus Christ upon the cross, for the gospel is the “…implanted word, which is able to save your souls” (James 1:21).  No wonder then John the Baptist cried out speaking metaphorically of Him, “Behold, the Lamb of God, who takes away the sin of the world!” (John1:29).

Be sure to recognise metaphors used in the Bible before jumping to conclusions. In this case the Holy Spirit does not literally indwell but the “Spirit of life” which is the gospel message does. For more on salvation issues see essential pattern

Just how does the Holy Spirit lead a person in this present age? Many mistakenly think that their own subjective feelings are the supernatural action of the Holy Spirit. If this were so, how would a person distinguish between his natural inner feelings and those brought on supernaturally? Solomon warns, “He that trusteth in his own heart is a fool: but whoso walketh wisely, he shall be delivered” (Prov. 28:26). Again, “There is a way that seemeth right unto a man; but the end thereof are the ways of death” (Prov. 16:25). These two passages reveal that our inner feelings are not a reliable source in determining right from wrong.

This is especially true in respect to morals, and learning what the Lord would have us to do. Our outlook on life philosophically is determined by how we were raised, experiences in life, knowledge obtained by observation and by what we were taught. From these sources we develop a philosophy to guide us in life. This internal understanding of right and wrong may not coincide with the inspired Word of God. That’s the reason different people who think their inner feelings mean they are guided by the Holy Spirit arrive at opposite concepts from each other and from what the Bible actually teaches. These conflicting claims of being guided by the Holy Spirit cannot be blamed upon the Lord. The Apostle Paul informs us that, “… God is not the author of confusion…” (1 Cor. 14:33).

In reality, how does the third person in the Godhead communicate unto mankind? From the beginning of time Divine messages were always delivered in a language understood by the recipients of those messages. A person has never received communication from Heaven by way of his inner feeling. How did Adam and Eve come to knowledge of the will of God for them in the Garden of Eden? It was by words. “And the Lord God commanded the man, saying, Of every tree of the garden thou mayest freely eat: but, of the tree of the knowledge of good and evil, thou shalt not eat of it: for in the day that thou eatest thereof thou shalt surely die” (Gen. 2:16-17).

Several passages of scripture reveal that the Holy Spirit used words to communicate. David declared, “The spirit of the Lord spake by me, and his word was in my tongue” (2 Sam. 23:2). The Apostle Peter said, “Men and brethren, this scripture must needs have been fulfilled, which the Holy Ghost by the mouth of David spake before concerning Judas, which was guide to them that took Jesus” (Acts 1:16). The Apostle Paul wrote, “Now the Spirit speaketh expressly, that in the latter times some shall depart from the faith…” (1 Tim. 4:1).

The Holy Spirit did not communicate heavenly messages to every person, but rather inspired certain men as spokesmen. Moses received the Decalogue for the children of Israel at Mount Sinai. The Apostle John pointed out that “…the law was given by Moses, but grace and truth came by Jesus Christ” (John 1:17). During the Mosaic dispensation God chose certain men as prophets to deliver His Word to the Israelites. The Apostle Peter, in referring to the writers of the Old Testament, said, “…holy men of God spake as they were moved by the Holy Ghost” (2 Pet. 1:21). At Hebrews 1:1, the scripture states, “God, who at sundry times and in divers manners spake in time past unto the fathers by the prophets.“ For the New Testament dispensation Jesus Christ promised to send the Holy Spirit unto the apostles to guide them unto all truth (John 14:26; 16:13). Not only did the apostles and the New Testament prophets speak by inspiration, but they also wrote as guided unto all truth (2 Tim. 3:16-17). At First Corinthians 2:10-13, the Apostle Paul pointed out that the very words he wrote were the words of the Holy Spirit. The days of miracles and receiving messages from heaven supernaturally ceased at the close of the first century (1 Cor. 13:8-10; Jude 3; Rev. 22:18-19). The Bible is the complete revelation of the Heavenly Father for mankind’s eternal redemption. Those who claim to be led directly by the Holy Spirit today are either deceived or false prophets (Matt. 7:15; 1 John 4:1).

NOTE: Dub Mowery preaches for the Pittsburg church of Christ, Pittsburg, Texas.  His preaching experience began in March of 1955; forty-eight of those years have been full time.