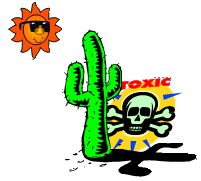 More and more scientists are finally realizing they are wrong when it comes to the so-called man-made global warming theory (AGW).  They are jumping ship at an astonishing rate as they wakeup to the rort they have been sleeping through.

Here is an excerpt;

hundreds of billion dollars that have been wasted with the attempt of imposing a theory that is not supported by the physical world evidences, the “warmist” thrust is harming science in quite dangerous ways. First, it is pushing science aside from the perspective of providing a reasoned and relatively well informed assessment of the climate dynamics that may provide an useful guidance for long-term strategies and public policies – absolutely necessary due to the climate’s enormous importance in the human affairs. Second, it is distorting the public perception of science in such a way that the non-partisan climate scientists will likely have a hard time trying to regain the public trust after the seemingly unavoidable wear and tear of the alarmist outlook.

History offers a gloomy precedent of such poisoning of science by ideology and special interests: the infamous Lysenko affair in the former Soviet Union, the ruthless opposition to genetics headed by Trofim D. Lysenko and his cohorts between the 1930s and 1960s. In addition to the physical elimination of stubborn scientists who resisted the “consensual official line” (the “skeptics” of the time), the price of such an irrationality pandemics was enormous, costing the Soviet biological and agricultural sciences a half a century hold-up whose consequences are felt still today.

The AGW scare and its political agenda of restricting the use of fossil fuels are serious candidates to the condition of post-modern equivalents of “Lysenkoism.”

In 1931 Albert Einstein had his critics regarding his theory of relativity who were sponsored by the Nazi Party.  The “100 authors against Einstein” were hit back by the venerable scientist when he said, “If I were wrong, then one would be enough”.

Read GERALDO LUÍS LINO and see the correlation political connivance is having upon the world’s climate scientists.